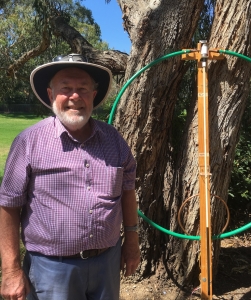 A good turn-up at the recent EMDRC Thursday morning coffee session coincided with Leyton VK3CLJ bringing along his magnetic loop home brew design, essentially for 40 and 80mtrs but able to tune far more broadly than that with a 1.1-1 vswr.

The purpose of the morning was to check the swr away from the QTH; alas in the tradition of many of us, the tri-pod neglected to make it into the car! Never mind, testing with an analyser seemed to go very well indeed despite being so close to the ground and confirmed that the testing from the QTH was not an isolated case.

This prototype is constructed from a 3×1 pine ‘spine’ which carried the loop, capacitor and driven loop. The capacitor is controlled by a geared 12v motor rather than a stepper.

The coupling of the driven loop is managed by a second geared motor, also via a wired controller box. The design is such that the small loop is fastened to the spine at the top and pivots away from the radiating loop via a worm screw and lever arrangement. That provides far greater flexibility with the coupling.

The radiating loop is 3 segments of 19mm annealed copper water pipe still with its insulation and joined at 2 points with standard plumbing joiners. The loop is secured to the capacitor via flattened ends in which copper ‘tongues’ slip inside and secured by bolts. A tip picked up at one of the club’s monthly presentations through the year. That arrangement Leighton says proved superior to his previous arrangement which wasn’t a friendly to electron flow across the joints.

Now that the unit has indicated its potential, Leighton will start developing his more robust unit. We look forward to hearing about the next version Leighton. Thanks for sharing.

Thanks Leyton for sharing. Regards Ed. 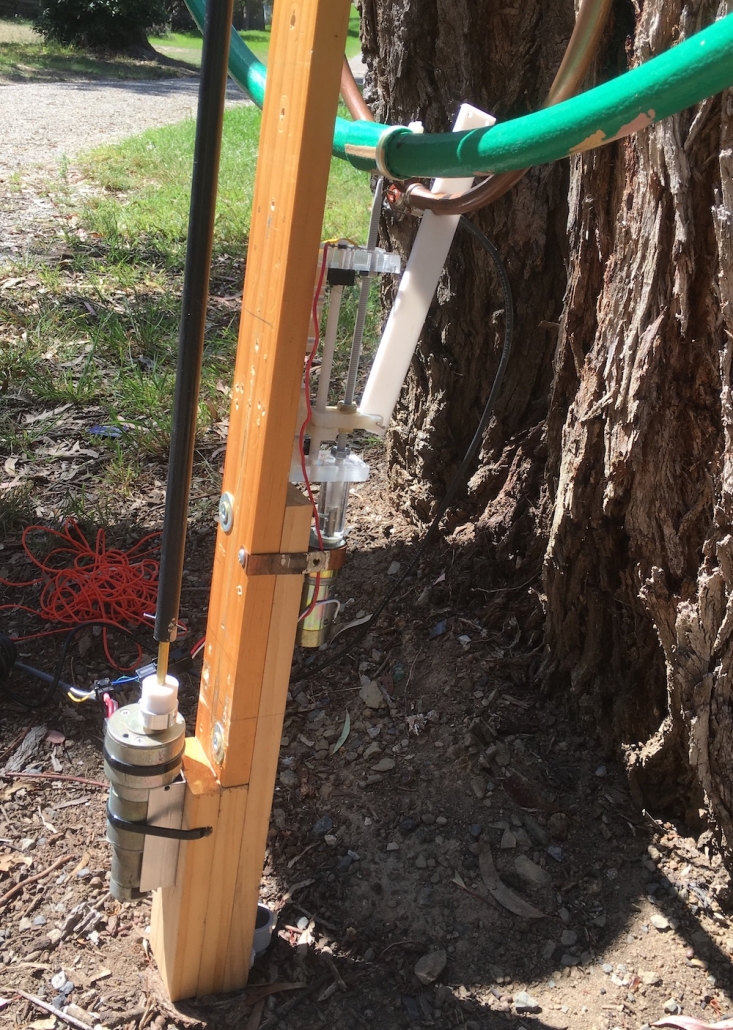 Loop close-up of the Capacitor motor (left) and inductive loop mechanism (right)- pivots at top and pushes the bare loop away from the radiating loop at its bottom. 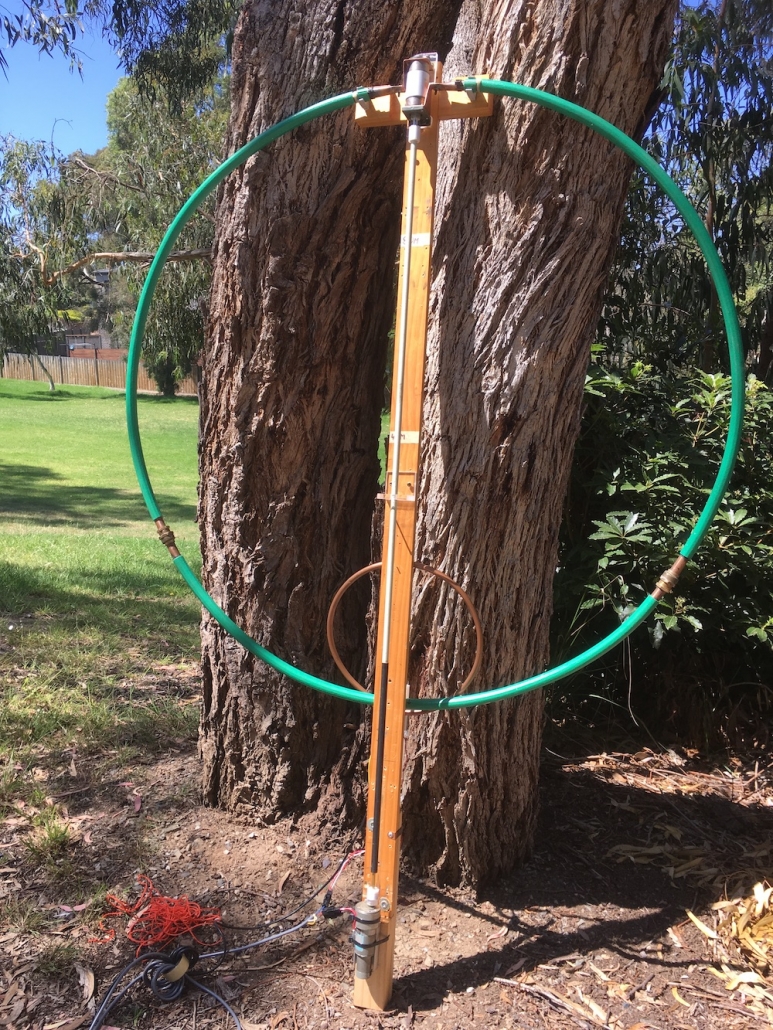 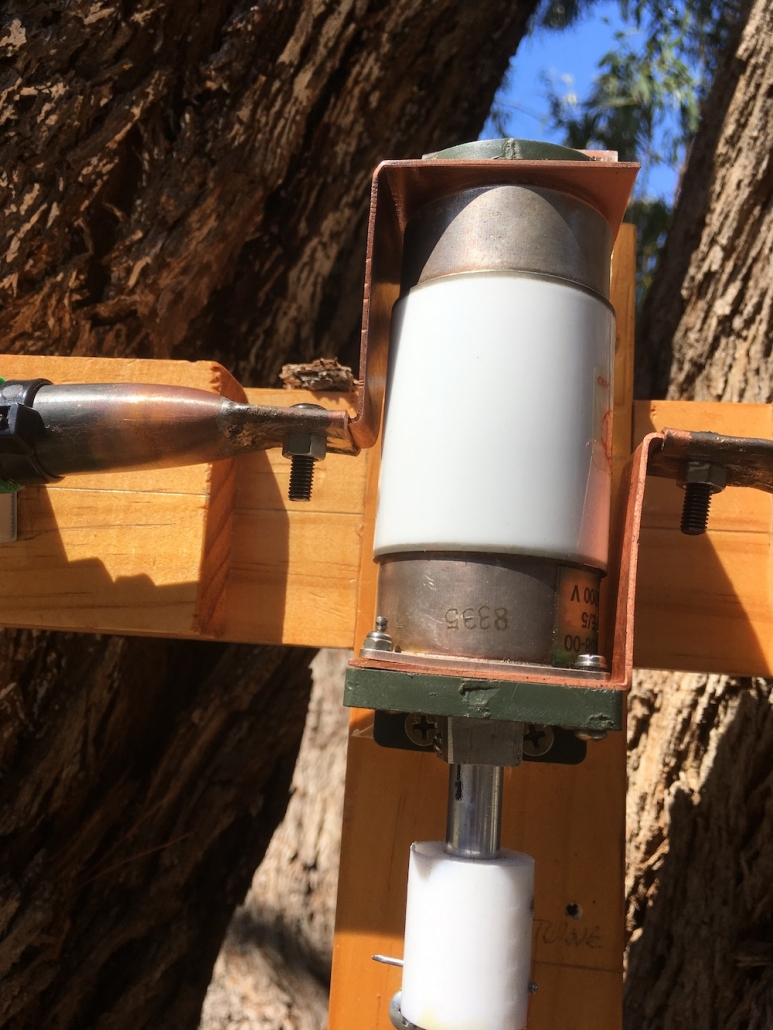