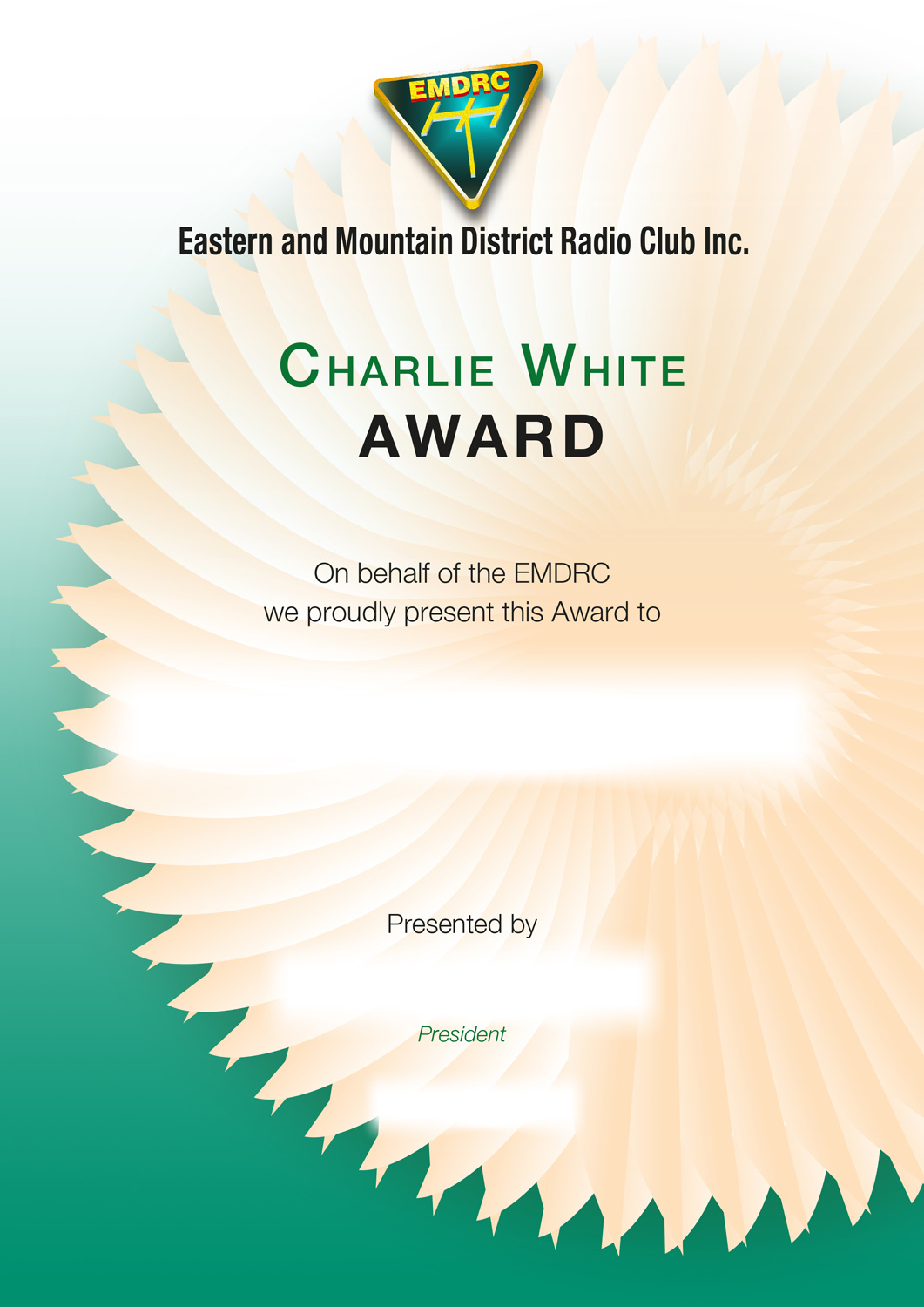 Charlie was a keen member of the club and was well known for his “Dingo” 2 m antennas. He celebrated his half-century of being licensed as an amateur radio operator in 1982, and became a Silent Key in 1985.

The Charlie White Award is presented by the club at the AGM each year to a member in recognition for services performed for the hobby. The following is a list of recipients with the year in which the award was presented: