John Moyle at the Club Room

A small turn out at the club room in March for the field day. Luke was keen to give it all a run. At the club, John VK3JO, Quintin VK3LZC, Ron VK3APP, Steven VK3FRJH, Luke VK3UKW, Darrin VK3VDP, John VK3PZ and Martin VK3TMP made an appearance where Luke had set up his kit.

Having brought around my 40m setup (inverted V dipole antenna on a 9m squid pole, Yaesu FT-450D, two small motorcycle starter batteries) on Friday night, I came to the club rooms in Burwood East around 11am in the morning.

With John and Martin, who brought his portable ammo can battery for me to use, I set up outside in the park. The additional power was very much appreciated.

I had a great tune-up QSO with a VK5 station who was also setting up for the field day. 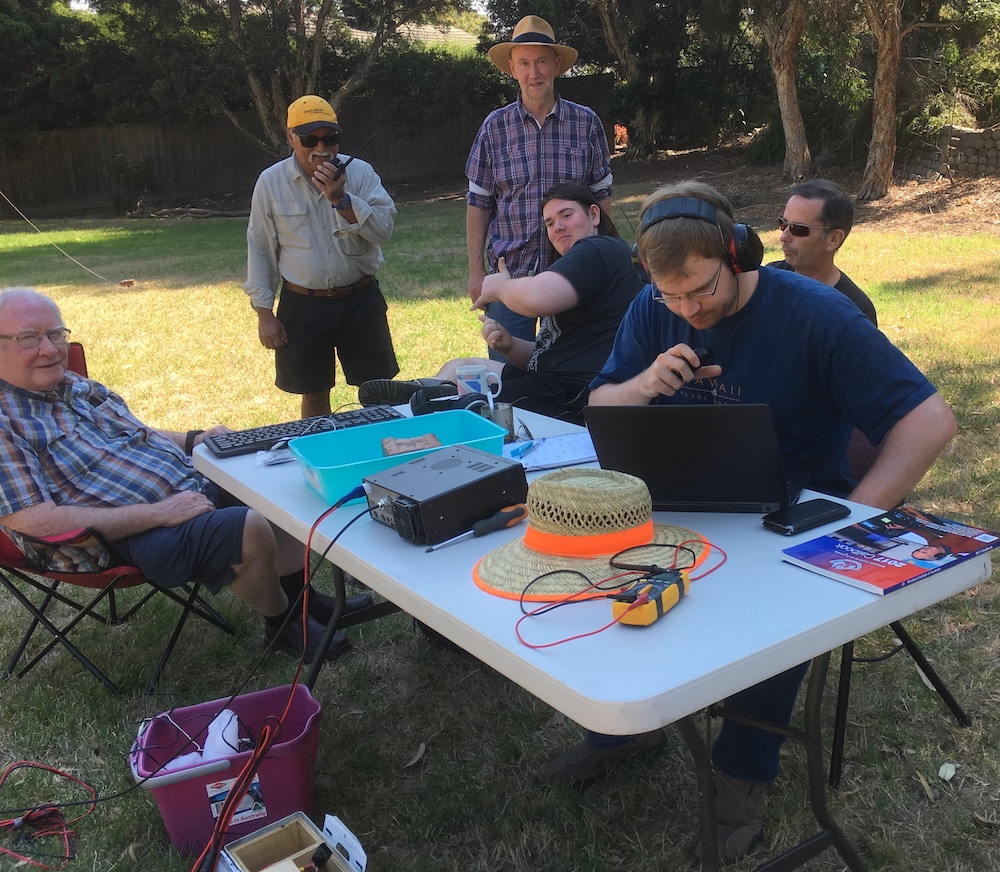 As club stations are automatically considered multi-operator stations for the contest, I used my personal callsign VK3UKW for the day’s operation.

Tom VK3FTOM worked the contest on 2m SSB and seemed to have great fun also.

In the afternoon a number of club members visited and I believe good conversations and fun was had by all, although I was very much focused on working the contest.

We got very lucky with the weather as it was sunny all day. The station had to be moved a few times to stay in the shade.

My FT-450D and the inverted V antenna performed excellently. I varied the transmit power between 30 and 80 watts depending on condition and mood, and the batteries held up well to it. One very weak station fading in and out required a 5-minute back-and-forth to complete the QSO, which felt like a great accomplishment once it was done.

Contacts were made mainly with VK1, VK2 and VK5 with a few VK4. The only VK3 contacts that made it inside the skip were David VK3RU and VK3SIM, there was also an itinerant VK3XV/P5.

In all, 47 contacts were made on 40m, with 94 points claimed in the 6-hour single-operator single-band portable category.

The club rooms served as an excellent supply of bikkies and drinks both hot and cold, contributing greatly to the experience.

Meanwhile, out and about, other club members played hard at their preferred portable location using VK3ER/p. 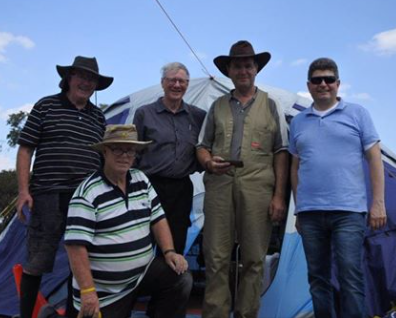 Result at the WIA via: