I recently stumbled over an article “NanoVNA Is A $50 Vector Network Analyzer”. I just assumed it was a startup thing, and we wouldn’t see any for a while. Not so. They are available on eBay, and cost $76. Looking at the specs they are better in many ways than my SARK-110, so I thought I’d be an early adopter and get one. It arrived in a few days, and I excitedly took it to the club to show it off. To my surprise I discovered that 2 people already had one, and 4 more had t 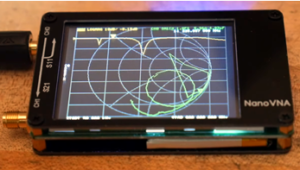 hem on order, so I’m not really an early adopter.

At this price and performance, it brings a capable Vector network Analyser within the budget of most amateurs. I thought it would be good if I was able to do a talk at the club to demonstrate it. Such demonstrations are better with real equipment, and I wanted a real antenna. So how was I going to get an antenna that goes from 160m to 2m to demonstrate the capabilities of this new tool? This prompted an interesting project – an antenna simulator.

It is quite simple to simulate the behaviour of an antenna with a series LC circuit. When a series LC is at resonance, the impedance is close to 0. If you add a series resistor, say 50Ω, you have something that’s looks exactly like a resonant 50Ω antenna.

The formula for the resonance of a series LC circuit is,

, so it is not too difficult to put together 11 different series LC circuits in parallel, to end up with an 11 band antenna simulator.

For no particular reason, I decided to document this very simple design using KiCAD. KiCAD is a very capable and free schematic and PCB layout design tool. The final design is as below.

Just to be 100% sure the design is correct, KiCAD has an inbuilt circuit simulator (ngspice). Using this it was possible to simulate the behaviour of the circuit between 1MHz and 200MHz. At resonance, the LC circuits have an impedance of 0, so the gain of the circuit measured at the resistor, is 1, i.e. 0dB. The graph below shows the result of the spice simulation, and there are indeed 11 peaks where the gain is 0dB, i.e. 1. Away from the peak, there is heavy attenuation. So, it looks like I calculated all the LC pairs c 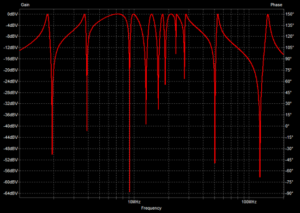 orrectly. So, this circuit will give me 11 resonance peaks, and look like an 11 band antenna.

So, off to Jaycar to buy a handful of inductors and ceramic capacitors. If you can’t find inductors in the catalog, it’s because they call them “RF Chokes”. The whole thing fitted on a small Veroboard (picture below) and cost $20.

And how did it perform? Well, it works well on the lower frequencies. Higher frequencies not so well. It’s probably mostly caused by stray capacitance. At higher frequencies, L and C are small, and more sensitive to stray effects. The chart and table below show the measured performance.

If I built another one, I’d 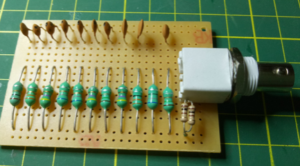 So it is an 11-band simulator, just not the exact 11 bands I designed for, but I’m all ready to give a presentation with live demo of this amazing test tool.

Thanks Marc for your informative and interesting presentation. I’ve added a few shots from your ppt and on the night. Marc mentioned that he is waiting on the Name-F, which is a little bigger and currently around $140.

An update: John Vk3PZ sent these links through for your interest: 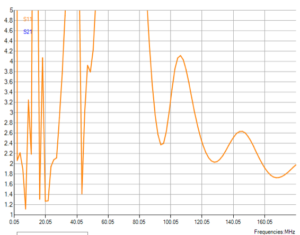 Compared to the theoretical plot, reality was a little different. 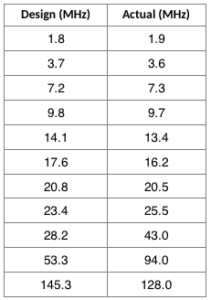 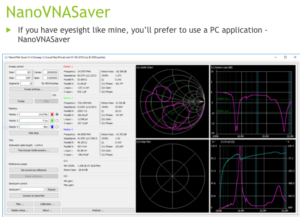 NanoVNASaver PC application makes reading the screen so much easier. 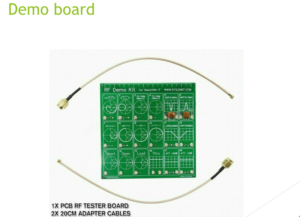 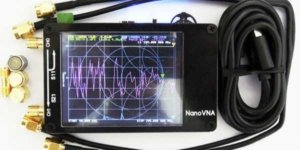 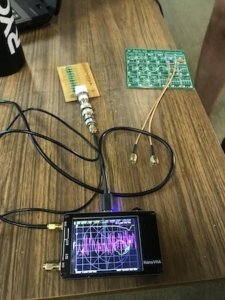 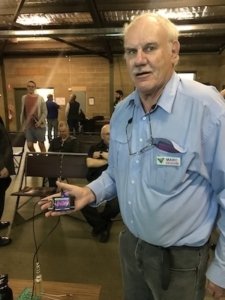 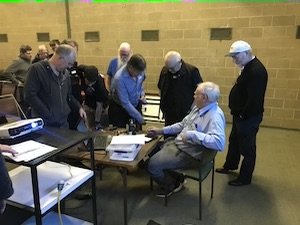