Ham radio and an Apple Mac!

So, you have a mac computer, but you are also into ham radio, they don’t mix, or do they?

This post is a pointer to some mac solutions for your ham radio exploits (or the ones I’ve  (( Andrew VK3BQ)) discovered). Not everything you would want to do is easy or simple on a mac, and some things don’t work at all, but for most things, you can find a mac equivalent and they often work and are better than their windows equivalent. And don’t forget. For the last 6 years. Macs have used an Intel CPU, so your mac can run windows natively. Or via a virtual machine of choice, and while I have some success in virtual machines. Serial/com/control is not always seamless. The below is some of my discoveries and solutions, many more exist I’m sure, if you have a better way, share please 😀

1. So you are into the digital modes. PSK, RTTY, etc etc etc

FLDIGI is the go to program for the multitude of digital modes today and its cross platform! The mac and windows versions are identical! no excuse for not trying a digital mode with that mac now. 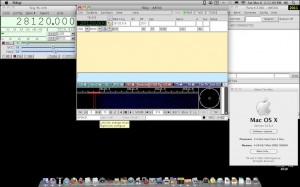 2. I want to program my radio memory channels..

CHIRP! its open source and cross platform, and while it does not program every radio, it works on many and most. if you have a radio you want to program, give it a whirl. Ive used chirp to program a number of radios with success. 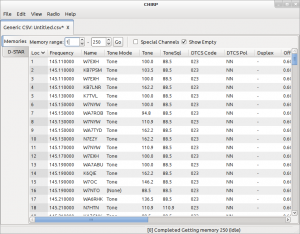 3. I want to track Satellites..

If you had a windows machine, you might just be using SATPC32. This seems to be the goto sat tracking application most use, for Mac, the one I have used with great success is MacDoppler and yes, its expensive, but the support is great, and it works well. 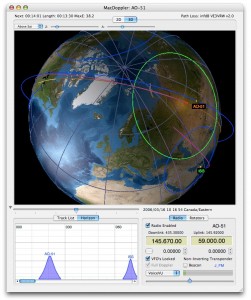 4. What about that specialist weak signal, meteor, EME modes like WSJT and WSPR..

Once again, written in a common language that lends itself to open source and cross platform, recently a UK ham has rebuilt the packages for mac, and while not 100% cross comparable, they do a pretty good job (you need to take some time to optimise them for your mac, not as simple as the PC plug and pray method), but they work! Give WSJT or WSPR a go!

5. How about that DXCC award? How can I get me one of those.

For my QSL’ing, I am now using LOTW. The electronic QSL system developed and managed by ARRL. The tqsl upload program is on the mac, and works like the PC version. 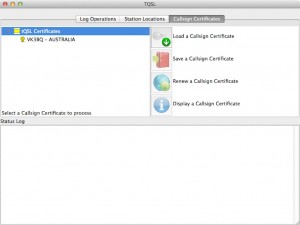 A number of options exist. Some are cheap and cheerful. Some pretty expensive. But it depends on what radio you have and what you want to do with your log file. When it came time for me to choose a logging program I went looking for one that could interact with my ic9100 and ended up with MacLoggerDX. While this is at the high end of the price scale. Other / cheaper options exist with different (and lesser) functionality like AetherLog. YaLogger and the recently released 73 Hamlog from the guys at pignoligy I was using macloggerDX HD in the field on the iPad. But recently tried 73 Hamlog and this is NOW my field electronic log of choice on the iPad. 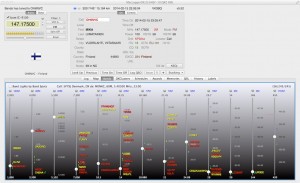 Another nifty application from the guys at pigoligy is Koch trainer. I’ve recently downloaded this on my iPhone and having the same application in my laptop is a handy addition. If you don’t want to spend any money, learn morse code online is free 🙂 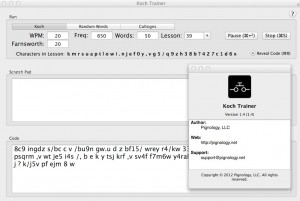 A number of programs can be used to run windows virtual machines on your mac if you just really need windows (my ic9100 programming software is an example) the two common virtual machine applications for Mac are Parallels and VMWare, I have parallels. They both essentially do the same job, and of course, using a tool built into your mac called Bootcamp, you can run windows directly (this overcomes some port issues I have had in virtual machines). I use Parallels with success. 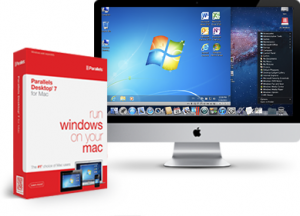 Many other options I’m sure. I will update this as I discover them! Share any tips you have.