John VK3JO recent brought in to the club for the weekly  coffee and chat session held each Thursday – 10 til noonish. 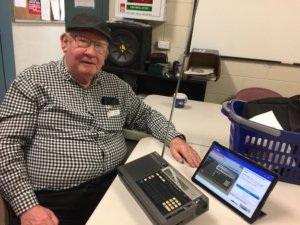 For the princely sum of $7, John’s ‘not working’ receiver soon had the skirts lifted. It turns out that the radio only required a couple of AA batteries for the memory installed first – possibly a known connector issue, then operating on either ‘D’ cells or AC adapter to get it up and running as good as new! 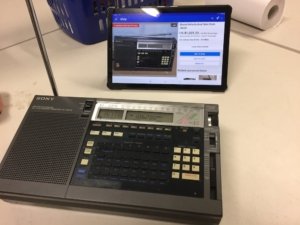 Now $ 7 is a bargain in anyone’s language when a nice little radio is quickly brought back to life, but it turns out that a quick look at eBay has this radio in the UK advertised for around E360 and in the US at $1000USD or more!

Outside the US it was sold as the ICF-2010D and is claimed by some to be the best Rx Sony produced.

Thanks for bringing the new muse in John, Regards Ed.